To see the latest deals offered by our retail, gear designer, and service affiliates, click here. 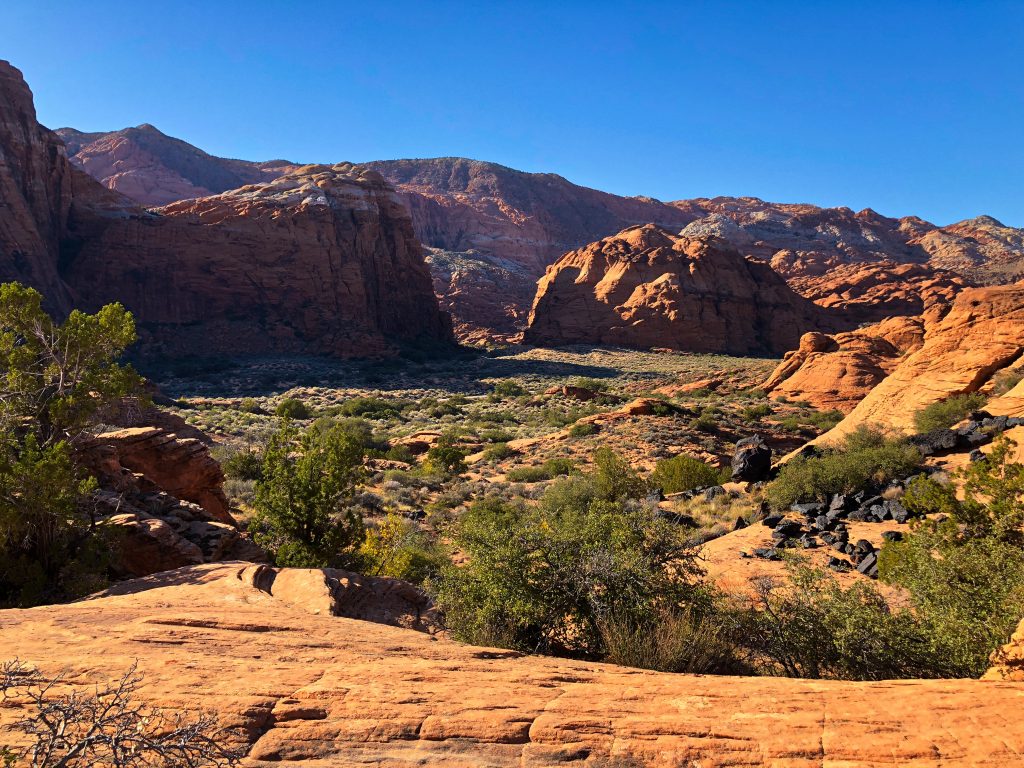 Take a magical journey through the incredible sandstone formations and cliffs of Snow Canyon State Park and be dazzled by its geologic wonders. 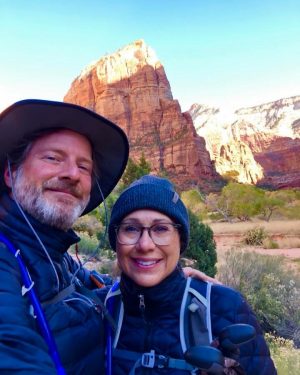 Scroll down for full slideshow.

Take a magical hiking journey in Snow Canyon State Park.  It’s geologic wonders are some of the most impressively unique sandstone formations in southern Utah.

Sitting in the shadow of its formidable neighbors, Zion National Park and Bryce Canyon National Park, Snow Canyon gets missed by most who visit the area.  This is a shame, because it is a spectacularly beautiful place to hike.

A geologic wonder, Snow Canyon was at one time an area of deep quartzite sand dunes.  Over time the dunes turned to stone, and water carved canyons through it.  Millions of years later eruptions from nearby cinder cones filled these canyons with basalt, redirecting the flow of water and carving new canyons.  Today, the picturesque, black-topped sandstone hoodoos in the park stand as proof of these long ago lava flows that were once at the bottom of the canyons.  It is truly amazing stuff!

Off The Beaten Path in St. George

We stumbled upon Snow Canyon State Park while vising nearby Zion National Park.  Since we had filled our hiking dance card early at Zion due to the limited number of trails which were open (it happens – rock falls often close trails at Zion), we started poking around to find a hike in the area that would show us something special.  That can be a tall order to fill, but surely this amazing area had more to offer.  After a bit of searching, we found a couple of interesting archaeological hikes in nearby St. George that seemed like good candidates for further exploration.

Since we were only able to ascertain super sketchy details on how to get to the trails with the artifacts we called the park to inquire.  We were told those hikes did lead to some artifacts, but that neither the hikes nor the artifacts were particularly special.  However, if we wanted to come to the park office by the campground, the ranger told us that he could show us a route for an excellent loop hike in the park.  We were assured that it showcased the best of Snow Canyon State Park for first time visitors, and that we would not be disappointed if we came.

Skeptical, but willing to take a gamble that there was something worthwhile to explore, we drove out to Snow Canyon State Park to check it out.  Simply driving there was amazing.  Blown away by the scenery, we began to realize we had stumbled upon something special here.  Whereas we set out that day with low expectations, as we drove into the park our interest deepened and we began to eagerly anticipate our upcoming adventure in Snow Canyon State Park.

Upon our arrival at the park office park rangers sketched out their suggested route on a paper map which we took with us.  Since we were setting out on the Hidden Pinyon Trail across the street from the campground, we were already at the trailhead and just needed to grab our packs and poles.  Following the advice we received, we made a loop which connected the trails in this order:  Hidden Pinyon, Red Sands, West Canyon Road, Lava Flow, Butterfly, Petrified Dunes, Red Sands, Hidden Pinyon.  We now affectionately call this “The Rangers Loop” because the park rangers told us it was awesome.  We completely agree.  This loop has it all.

The red dirt trail was immediately interesting, showing us the simple, elegant beauty of this area, its red rocks, and desert foliage.  In fact, the entire hike was simply fantastic.  We ogled the black topped hoodoos and the weathered red sandstone.  Its many shapes and forms were mesmerizing and unique.  We saw soaring cliffs, walked over sand dunes which long ago turned into solid rock, and marveled at the flow patterns carved into it.

Along the way we used our headlamps to explore a short rocky lava tube cave.  We clambered up and over many rocks and mounds of rock.  On the final leg of the hike we giddily meandered across towering petrified dunes.  While doing so we marveled at the distant white rock sandstone outcropping which seemed completely out of place amid the sea of red rock which surrounded us.

Much to our surprise, we relished every single second of this hike.  We think you will too.  Because there is more to see here than we could fit into one afternoon, we will return to spend more time fully exploring this remarkable, beautiful, exceptional place.

Scroll down to learn about the GEAR WE USE and OTHER OUTVENTURES in this area.

Gear We Use for Day Hiking

To see descriptions of the gear Chris & Mac use for day hiking, as well as links to manufacturers and retailers offering the gear for sale, please CLICK HERE. 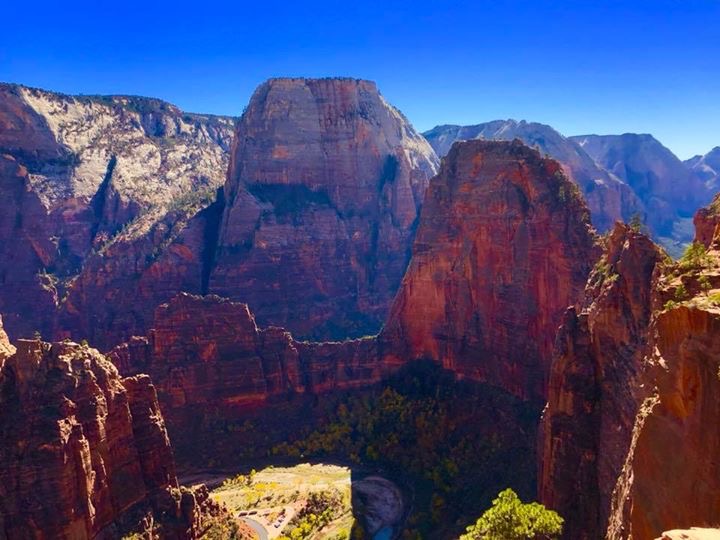 Articles About Other Regional Outventures

SAFETY DISCLAIMER:  The activities discussed in this website are outdoor activities and, as such, have inherent risks to which participants are exposed.  It is not the intent of this website, nor is it possible due to the variability of weather, terrain, equipment, and experience, to detail all of those risks.  The information contained in this site is informational, but not instructive nor exhaustive.  It is the sole responsibility of the user to ensure he/she is in good health, fully prepared, and fully informed as to dangers before undertaking any of the activities discussed in this website and the user does so at his/her own risk.  The user understands that by using this website he/she acknowledges and accepts all risks associated with use of information from this website and participation in any particular activity addressed herein.  Please see “Terms of Use” for additional information.

Get the latest outventure updates by following us on social media . . .